Model Overview
The Sierra HD comes in one of several different body styles with long and short bed options. However, despite this complexity there are only two available engines, both V8 units displacing 6.6 liters. The gasoline option is paired to a 6-speed automatic and makes 401 horsepower and 464 lb-ft of torque. The more expensive diesel engine is aided by a turbocharger and makes 445 horsepower and a massive 910 lb-ft of torque. Unlike the gasoline engine, the diesel is mated to a 10-speed automatic to handle all that torque. When properly equipped, a Sierra HD 3500 should be able to tow up to 35,000lbs with a 5th wheel attachment, or 20,000 lbs with a traditional trailer hitch, thanks in large part to the massive torque produced by its diesel V8. Sierra HD models are available with either rear-wheel drive of selectable four-wheel drive.
The Sierra HD comes in either 2500 form or 3500 form with 3500 versions offering a bit more towing capacity and payload because they can be optioned with a "dually" setup, giving the truck an extra pair of wheels on the rear axle. Both trucks can be optioned with a regular cab, a double cab featuring four conventional doors, or a crew cab with even bigger rear seats. Truck beds are either 6'9" or 8' depending on configuration, though the only restriction to bed size is in the regular cab version, which always comes with the longer bed.

In addition to copious options for the basic architecture of the truck, Sierra buyers are also offered plenty of choices when it comes to the tech in their new vehicle. GMC's ProGrade Trailering system features fifteen camera views to help keep an eye on things behind the truck, even counting a class exclusive transparent trailer view among its features. The available heads up display on the Sierra HD is massive, measuring 15-inches across, while the rear-view mirror can be switched between displaying an actual mirror and the view from the rearward facing camera. GM claims their MultiPro tailgate is the world's first six-function tailgate. In practice that means it's easy to load things into and out of the back of the truck, while also providing a ton of utility options for carrying loads with the tailgate dropped. It also has a built-in step to make it easier to climb in and out of the bed of the truck.

New for 2020 are the 4AT versions of the Sierra HD. Concentrating on off-roading capabilities, 4AT models come standard with four-wheel drive along with a more off-road biased suspension setup that includes Rancho Shocks. Other standard features on the 4AT include skid plates, an Eaton locking differential, Michelin all-terrain tires, a heads-up display, GMC's HD Surround Vision2 camera system, hill descent control and an offroad mode. 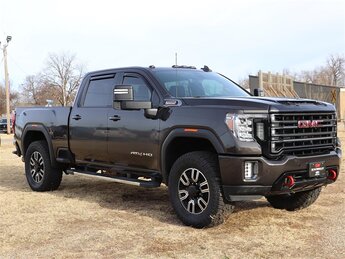 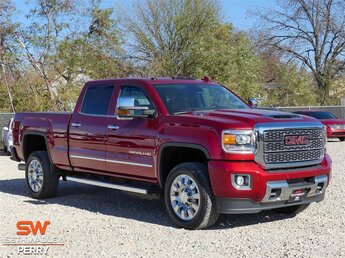 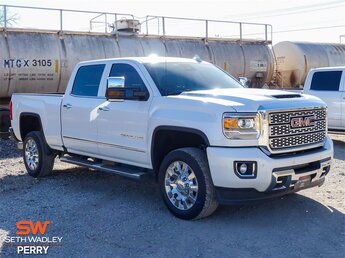 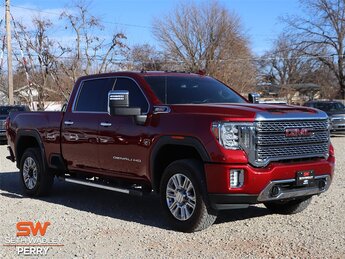 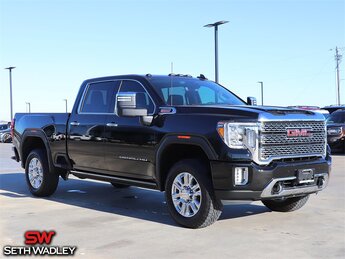 2017 GMC Sierra 2500HD Denali
Green
* Pricing - All vehicle pricing shown is assumed to be correct and accurate. Incentives, credit restrictions, qualifying programs, residency, and fees may raise, lower, or otherwise augment monthly payments. Additionally, incentives offered by the manufacturer are subject to change and may fluctuate or differ based on region and other considerations. Unless otherwise noted or specified, pricing shown does not include title, registration, or tax fees and costs.

* MPG - Vehicle information, as well as features and other inclusions, may vary by model and are based exclusively on standard equipment. No claims, warranties, or guarantees have been made related to the accuracy of customer payments, model equipment, or vehicle pricing. Please call with any questions you might have and to reassert the accuracy of any information presented here.
Close
Save
Close
Close
© 2022 Seth Wadley Chevrolet | Privacy Policy
Much from Remora
Send Now
Close
Share Search Results