Model Overview
The Tesla Model S comes with one of four basic powertrain choices. The base Model S comes with 60-kWh or 85-kWh battery options. The 60-kWh version is powered by a 380-horsepower electric motor and has an EPA certified range of 208 miles. The 85-kWh Model S ups the range to 265 miles and is also available in all-wheel drive "D" configuration, which further increases the range on the car by five miles. The Model S Performance also comes with two motors and all-wheel drive. However, the new performance model now makes an almost-ridiculous 691 horsepower, meaning that the top-of-the-line Model S offers acceleration that supercars can only dream of.
All three versions will go from 0-60 mph in under six seconds, but the Performance model is the quickest with a 0-60 time of just 3.5 seconds. The Model S also handles much better than its size would suggest thanks to an extremely low center of gravity, made possible by the low, flat battery pack stored under the floor.

The interior of the Model S is as groundbreaking and unconventional as the rest of the car. Where traditional cars have a vast array of buttons and knobs on the dashboard and between the front seats, the Model S simply has a huge 17-inch capacitive touchscreen. All of the media, communication, infotainment and in-cabin controls function through this screen, resulting in an amazingly uncluttered interior.

The standard feature list is extensive on the Model S, and includes 19-inch wheels, a 200-watt stereo system, Alcantara headliner, driver seat detection sensor for start/stop functionality, LED map and rear reading lights, Wi-Fi readiness and a 17-inch touchscreen in the dashboard. The options list is also quite lengthy. A variety of charging options are available, including a twin charging system to help reduce charging times, as well as access to Tesla's "Supercharger" network, the infrastructure Tesla is currently building all around the United States. Access is optional on the base car and standard on the other models, and Tesla claims that a Supercharger station can give the Model S a 50-percent charge in just half an hour.

Tesla has also done its best to make sure that the Model S is an extremely safe vehicle. The batteries are spread out beneath the floor of the car, actually helping to improve chassis stiffness while simultaneously lowering the center of gravity. Tesla was also able to design a front crumple zone unhindered by the need to fit an engine in the front of the car, further improving safety. Of course, safety features such as anti-lock brakes and traction control are standard, as are eight airbags. 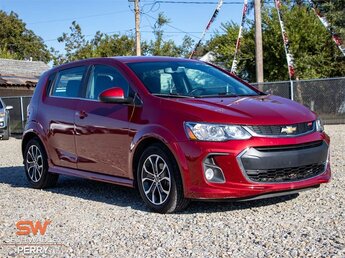 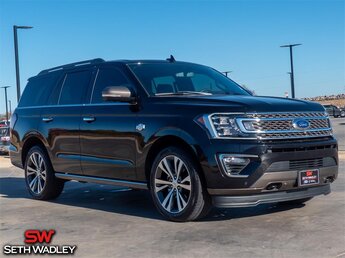 2021 GMC Sierra 2500 Heavy Duty AT4
Black
* Pricing - All vehicle pricing shown is assumed to be correct and accurate. Incentives, credit restrictions, qualifying programs, residency, and fees may raise, lower, or otherwise augment monthly payments. Additionally, incentives offered by the manufacturer are subject to change and may fluctuate or differ based on region and other considerations. Unless otherwise noted or specified, pricing shown does not include title, registration, or tax fees and costs.

* MPG - Vehicle information, as well as features and other inclusions, may vary by model and are based exclusively on standard equipment. No claims, warranties, or guarantees have been made related to the accuracy of customer payments, model equipment, or vehicle pricing. Please call with any questions you might have and to reassert the accuracy of any information presented here.
Close
Save
Close
Close
© 2021 Seth Wadley Chevrolet | Privacy Policy
Much from Remora
Send Now
Close
Share Search Results