2013 Black Volkswagen CC 2.0T Lux FWD 6-Speed Automatic DSG 2.0L Turbocharged TSI This Volkswagen CC has many features and is well equipped including. Clean CARFAX. 22/31 City/Highway MPG Put a little gravel in your travel, and enjoy engines and oil changes for life on anything you buy, new or used, gas or diesel at Oklahoma's only 10 time Ford Truck King!

Model Overview
The base engine on the CC is a 2.0L 4-cylinder turbocharged unit that makes 200 horsepower. The optional V6 engine displaces 3.6 liters and makes 280 horsepower. While the 2.0L turbo offers plenty of power for most circumstances, the V6 transforms the CC into a genuinely fast car. Both engines are mated to a variety of 6-speed transmissions, the most interesting of which is the DSG dual-clutch unit available with the 2.0L turbo. It takes many of the best attributes of manual transmissions and combines them with the best attributes of a traditional automatic. Able to change gears in .04 seconds, it is none-the-less nearly seamless in its operation. It also operates more efficiently than a traditional automatic and is one of the reasons the 2.0T CC's are rated at 21mpg city and 32mpg highway.
The Volkswagen CC comes in six different trim levels: 2.0T Sport, 2.0T Sport Plus, 2.0T R-line, 2.0T Lux, VR6 Lux and VR6 4Motion Exclusive. The 2.0T Sport is the most basic model but still comes nicely equipped with bi-xenon headlights, rain sensing wipers, 17-inch alloy wheels, automatic climate control, a 12-way power adjustable driver seat and a 6-disc CD-changer with iPod connectivity, satellite radio and Bluetooth. The standard transmission with the 2.0T sport is a 6-speed manual, but a 6-speed dual-clutch automatic is an option.

The 2.0T Sport plus model builds on the 2.0T Sport by adding a set of 18-inch alloy wheels, a navigation system and the DSG transmission.

The 2.0T R-line is the sportiest CC in the lineup and features a unique front bumper and side sills, as well as 18-inch wheels and smoked taillights. A 6-speed manual is available as is a 6-speed DSG.

The 2.0T Lux on the other hand is offered only with a DSG. Everything included in the Sport Plus trim level is also standard on the Lux, however the 18-inch wheels on the lux feature a different design than the ones seen on the sport plus. The Lux version of the CC also adds a power glass sunroof, ambient lighting and brushed aluminum trim for the interior.

New for 2013 is the VR6 Lux, which is of course powered by VW's 6-cylinder engine rather than the turbocharged 4-cylinder engine powering all 2.0T models. The VR6 Lux is more than just a V6 version of the 2.0T Lux and features a rearview camera, a navigation system with 6.5 inch touchscreen, memory seating and mirrors and a headlight washer system with heated nozzles.

The VR6 4Motion Executive is the top trim level available for the CC. It features everything available on the VR6 Lux but adds front seat ventilation, a driver's seat massage function, park distance control, rear proximity sensors, a premium 600 watt sound system and a power rear sunshade. It also comes with VW's 4Motion all-wheel-drive system, making this the version for people who like winter sports or who live in a very cold climate.

Safety in the CC has been addressed with a few different systems. Airbags are numerous and include front and side thorax airbags for front seat occupants and side curtain airbags for both the front and the rear seats. Volkswagen Intelligent Crash Response System takes things one step further by switching off the fuel pump, unlocking the doors and turning on the hazard warning lights if the on board computer detects certain types of collisions. Of course the best accident is one that doesn't happen, so all CC's include stability control, traction control, engine braking assist, anti-slip regulation and electronic differential lock and of course anti-lock brakes. 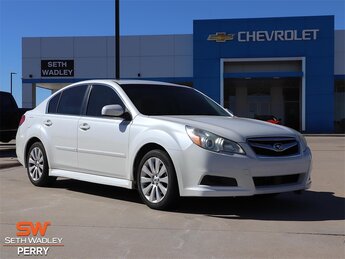 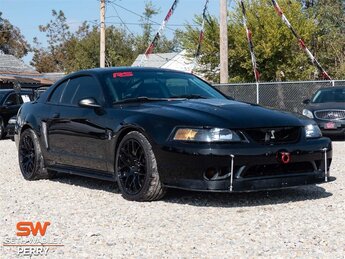 2019 Chevrolet Malibu LT
Gray
* Pricing - All vehicle pricing shown is assumed to be correct and accurate. Incentives, credit restrictions, qualifying programs, residency, and fees may raise, lower, or otherwise augment monthly payments. Additionally, incentives offered by the manufacturer are subject to change and may fluctuate or differ based on region and other considerations. Unless otherwise noted or specified, pricing shown does not include title, registration, or tax fees and costs.

* MPG - Vehicle information, as well as features and other inclusions, may vary by model and are based exclusively on standard equipment. No claims, warranties, or guarantees have been made related to the accuracy of customer payments, model equipment, or vehicle pricing. Please call with any questions you might have and to reassert the accuracy of any information presented here.
Close
Save
Close
Close
© 2022 Seth Wadley Chevrolet | Privacy Policy
Much from Remora
Send Now
Close
Share Search Results